The champagne corks are popping, the diamond rings are dazzling, and the manicures remain fiercely sharp – yes, The Real Housewives of Cheshire are back for a 12th series starting this month.

The docu-drama, which follows the lives of the rich and famous ladies of the Cheshire Set, returns to ITVBe on Monday, October 12th at 9pm with a new housewife joining the original ladies, the super-glam Lystra Adams.

Once again, we can expect to watch the dramas unfold in a variety of fabulous settings in some of Cheshire and Manchester’s hottest hotspots.

And expect plenty more catfights and dinner parties taking place at the Housewives’ palatial mansions – all set within Cheshire’s Golden Triangle, the name given to the area bordered by Wilmslow, Alderley Edge and Prestbury.

Here’s a look at where the eye-popping series is all filmed.

The homes of the Real Housewives of Cheshire have been heavily featured over the past 11 series, and we can expect to see more of the fabulous mansion houses in series 12.

Original housewife Dawn Ward has perhaps the most famous house of the show stars. She lives at Warford Hall in Great Warford near Alderley Edge with her ex-footballer hubby Ashley Ward and their four daughters – Taylor, Darby, Charlie and Aston.

Meanwhile, Wilmslow is home to millionaire entrepreneur Nicole Sealey and her hubby Joe, as well as her castmate Tanya Bardsley, her Burnley footballer husband Phil Bardsley and their four children.

Leafy Bowdon and Hale are the locations of the homes of Forever Unique fashion boss Seema Malhotra and dentist Hanna Kinsella, who will be delighting her friends with news of her pregnancy in this series.

Preparing for our vow renewal ❤️ Are you ready to join me and @joe_sealey1 to celebrate !!!🥂 Monday 12th at 9pm @officialrhoch on @itvbe it’s going to be #emotional #fun #crazy #happy #blessed #vowrenewal #loved ❤️❤️❤️ Hope your exited 😘

Series 12 opens with scenes of a very plush Cheshire venue for the wedding vows renewal ceremony of Nicole Sealey and her ex-footballer husband, Joe Sealey.  The couple is seen being helicopter-ed in and out of the leafy location with a splendid white stone hall in the background while talking to their wedding planner, Stephanie Ledigo.

The location for the lavish bash? It is the historic Combermere Abbey at the far south of Cheshire, near Nantwich.  The former monastery dates back to the 12th century but is now a popular wedding and events venue for the Cheshire Set.

The upmarket village’s London Road is a regular spot for filming for the ladies.  Venues to have featured in recent series include Piccolino Italian restaurant, YU Chinese, Victors and the Bubble Room. 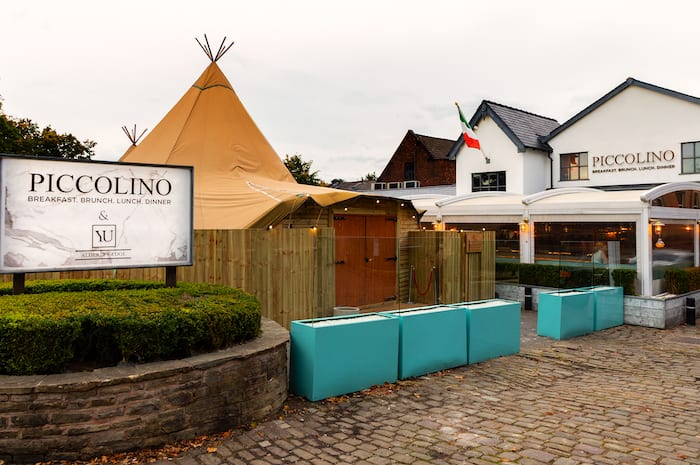 The ladies have often spied browsing designer fashions at the Coggles store on the main London Road. 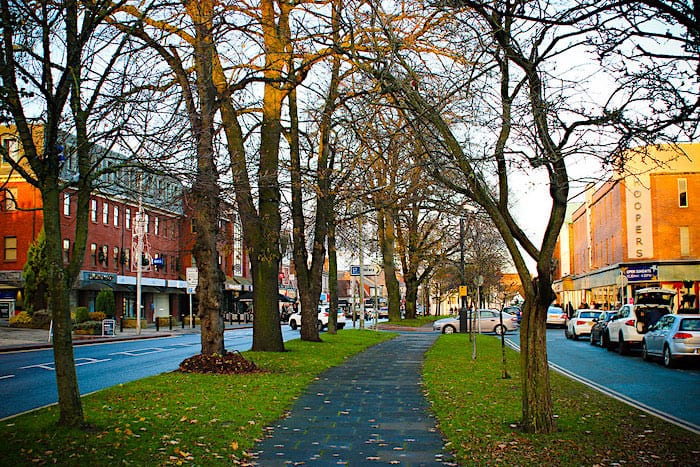 The busy town centre is frequently used for all those lingering shots of diamond bling in jewellers’ windows and supercars speeding through the streets past the Aston Martin garage on Water Lane.

Further along Water Lane, you’ll also find The Colony HQ, a private members club and event space which has featured in past series for a host of the Housewives’ events, including Rachel Lugo’s birthday bash, Hanna’s power women event, and the venue will feature again for events in series 12. 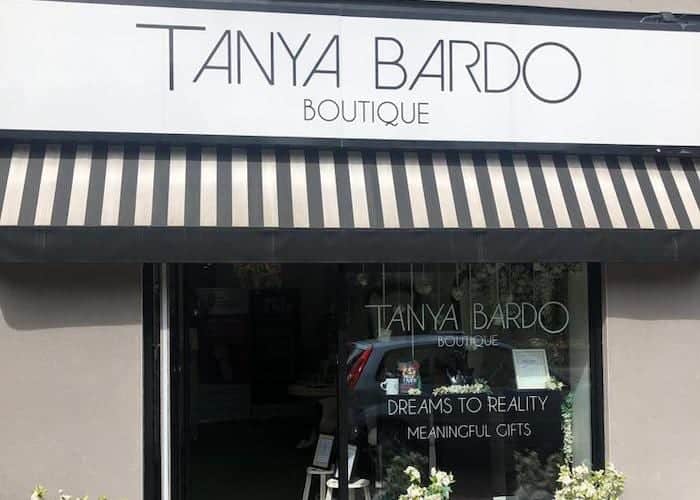 And Wilmslow is also the location of a key fans’ mecca –  Tanya Bardsley’s Tanya Bardo Boutique can be found on pedestrianised Grove Street.

This is where you’ll find Tanya’s inspirational giftware, candles and jewellery.   It proved such a success when it first opened that her entire stock sold out just two weeks later.

New Real Housewife of Cheshire Lystra Adams (pictured below right) is set to be an exciting new addition to series 12.

And we will get to see her at the rather eye-popping new bar that she recently launched in Manchester City centre as part of the new scenes.

Lystra is one of the investors behind the much-talked-about 202 Kitchen on Bridge Street, famed for its all-pink interiors and its incredible Instagram dream photoshoot room complete with life-sized Barbie boxes. 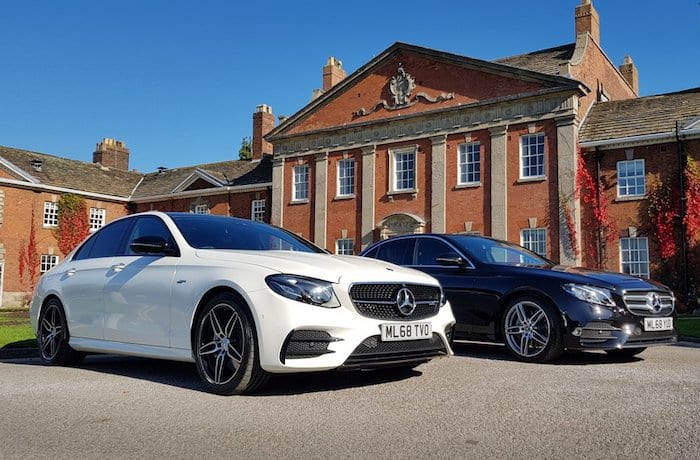 The village of Mottram St Andrew has been a Housewives hotspot thanks mainly to the plush Mottram Hall hotel, spa and golf club located here.

The ladies have filmed many hot tub scenes at the venue’s luxury spa venue, while the hotel’s event spaces have been used for a number of children’s birthday parties and events on the show.

The venue played host to the engagement party for Dawn’s daughter Darby  and her beau Michael Corrado Jackson which featured in series ten.

The bright lights of the big city regularly feature in the show, with the ladies often seen heading out to their big events at a host of Manchester’s celeb-haunt bars and restaurants.

Dirty Martini on Deansgate, Impossible bar on Peter Street and the Peter Street Kitchen have all featured in recent series, as well as risque burlesque club Whisky Down on Lloyd Street, which was the setting for a fetish-themed party hosted by Dawn’s best pals Nick Malenko and Royston Blythe.

It saw many of the Housewives’s head out in skintight rubber and strappy ensembles to get into the swing of the theme – as seen with Ester Dee and guest Housewife Christine McGuinness (pictured above).

In the opening episode of series 12, we will also see the ladies being pampered at the celebrity hotspot salon House of Evelyn on Spring Gardens in the city centre. 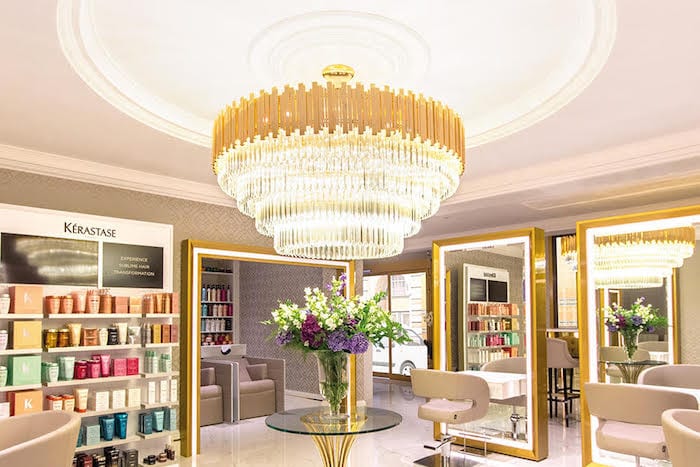 Meanwhile, Manchester Hall has traditionally been used as the setting for the now-traditional Reunion Show, which airs at the end of each series.

The lavish interiors of the former Freemasons Hall have been the place where the fuming Housewives are all encouraged to air their grievances by Reunion Show host Brian Dowling.  However, due to the ongoing covid-19 restrictions, this year’s reunion is likely to be another zoom-led virtual affair. 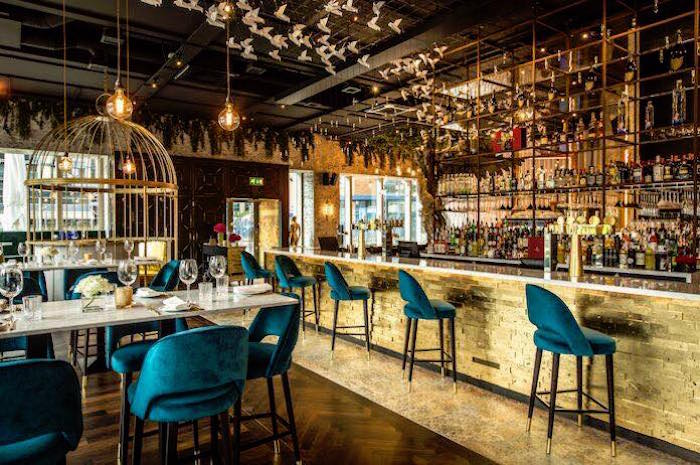 And if you’re wondering which of the glitzy Manchester venues is co-owned by fashion boss Seema, then wonder no more.  It’s Menagerie, the glittering New Bailey bar that Seema co-owns with former Real Housewife Stacey Forsey and entrepreneur Karina Jadhav.

The ladies revealed in series six that they had invested into the bar, and a number of Housewives’ events have taken place and been filmed there over the years. 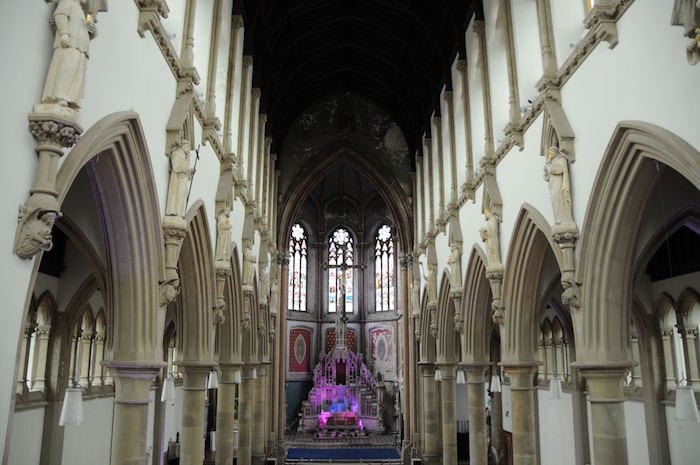 Look out for the absolutely stunning interiors of Gorton Monastery in the 12th series of the Real Housewives.

The 19th-century former Franciscan friary is now a spectacular wedding and events venue – and plays host to housewife Tanya Bardsley as she prepares a stylish launch for her fashion brand, My Glam Style.

Traditionally each season, the ladies jet off for a weekend trip together. In past seasons, exotic locations have included Dubai, Morocco, Gibraltar and Prague – where Hanna held her hen do in series ten.

It has not yet been revealed where the ladies have headed for the series 12 trip – but covid-19 restrictions may have played their part in the destination chosen.