And the wisteria-clad Victor’s has already hit the headlines, just weeks after opening, thanks to the visit of former Manchester United captain Wayne Rooney and his style queen wife Coleen this week.

Coleen gave the venue a resounding thumbs up on Wednesday, fresh from landing back in Cheshire from the United States, where Wayne is now plying his footballing trade.

The restaurant replaced the former Alchemist bar on London Road in Alderley, the Cheshire village known as the playground of the super-famous and super-rich.

It became the second Victor’s in Cheshire when it opened in November, after the successful launch of the brand in Hale four years ago by East Coast Concepts who also run Manchester celeb haunt Neighbourhood.

A vast £1.2m has been lavished on the new look for this venue, and it’s not hard to see where that’s been spent. Huge swathes of wisteria adorn the ceilings and the bar area as soon as you walk in, and there’s an opulent marble bar and lashings of heavily decorated wall panels. 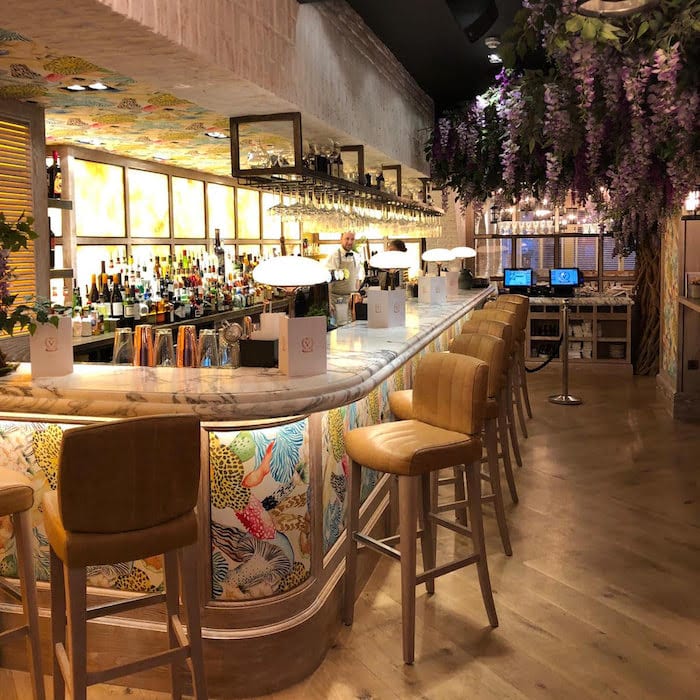 And how does the new Victor’s measure up?  Well, fans of the Hale venue will be pleased to hear it replicates the same menu style mixing sushi, seafood and grill dishes, with added spice.

Indeed, there was so much spice in our starter dish of £9.50 firecracker prawns (although the clue was probably in the title) that we soon polished off our glasses of veuve clicquot (£12 a glass, £80 a bottle). 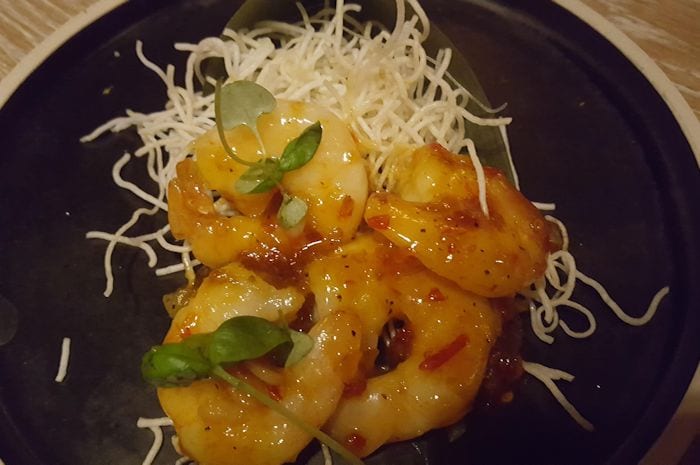 The menu is designed as a sharing dish type affair, so being a fan of all things sushi, I also ordered two half sets of sushi rolls from the menu – teriyaki beef and tiger prawn (both £7.50).   I was particularly impressed with the crunch of the beef roll with its added tender stem broccoli and enoki. 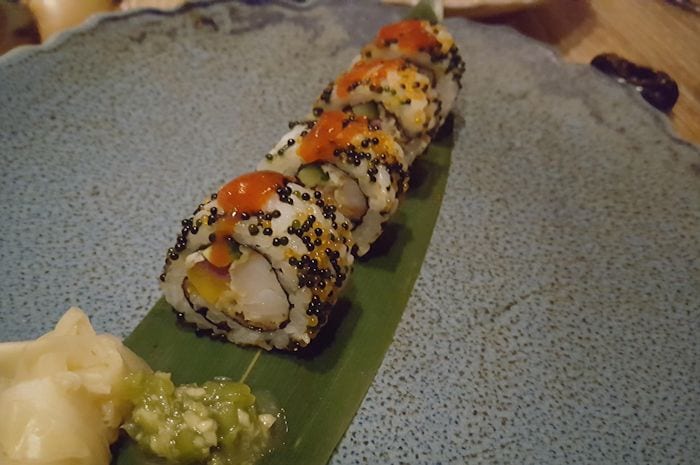 My companion continued with the sharer theme by choosing cheese beignets (£6), which impressed with their moreish deep-fried crisp, and a chicken bao bun (£5), with the crisp chicken soaking into the doughy flesh of the bun.

From the entrees section of the menu, I completed my meal with the blackened salmon (£14) served with a wasabi veloute and charred broccoli.  I chose a glass of the excellent picpoul de pinet Petite Ronde available by the glass (£6.75 for small, £9.50 for large or £28 for the bottle) with its hint of fresh grapefruit – a perfect match for the rich flesh of salmon, coated in a teriyaki crust.

Even on a Monday evening, Victor’s was buzzing with revellers, with the bar almost as busy as the restaurant. People are probably perhaps keen to see what the new kid on the block has to offer.

But with it’s super-stylish credentials and accomplished menu it has all the hallmarks to give it real staying power beyond that newbie buzz.