Cheshire pub named the best in the UK at national awards

The Church Inn in Mobberley, Cheshire, has been named as the best pub in the UK, having secured the top accolade at the National Pub & Bar Awards this month.

The venue, which was praised for its flawless attention to detail across its drinks, food, service and design, has reclaimed the number one spot after being named best in the UK back in 2016.

The pub’s chef, Richard Williams, also picked up the award for pub chef of the year.

The Church Inn was also one of 15 pubs to be named as the best in its region, picking up the title of North West pub of the year, as 94 county-winning venues gathered at BAFTA in London to celebrate the finest venues in the industry.

Celebrating and championing the UK pub and bar market, the theatre-style event was hosted by restaurant critic Jay Rayner. 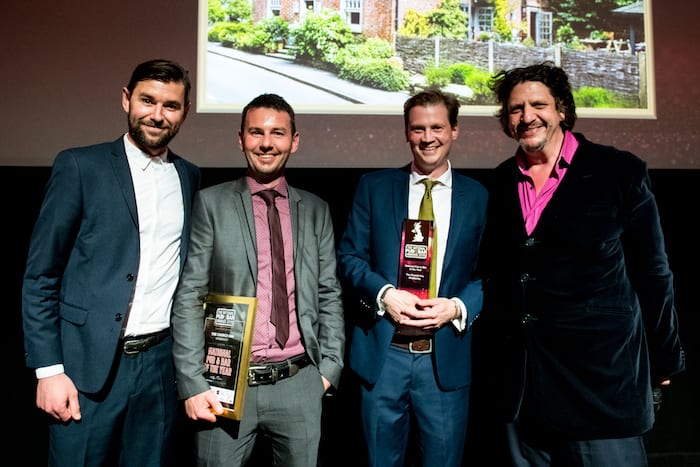 “We saw a massive spike in sales after we won this award in 2016. It was huge. The level of trade rocketed massively and it certainly boosted our recognition across the profession.

There were 94 pubs and bars represented at the awards, and each one had been announced previously as the best in their county. From these, 15 regional winners were selected and an overall national winner was crowned.

The winner in the East Midlands was Knight & Garter in Leicestershire, while the East of England award went to The White Hart, Welwyn. In London, the prize was taken by Greenwood in Victoria, while in the North East it was St Mary’s Inn from Northumberland.

In Northern Ireland, it was Belfast’s The Harp Bar that triumphed, while Scottish awards went to Applecross Inn (North West), DogTap (North East), The Windsor (South East) and The Steamboat Inn (South West).

The pub of the year in the South East was The White Horse in Chilgrove, while the winning pub in the South West was The Ebrington Arms, Gloucestershire. The Griffin in Dyfed was the Welsh winner, while The Canal House in Birmingham scooped the West Midlands title.

Finally, the Yorkshire and the Humber winner was Roxy Ball Room on Boar Lane in Leeds.

“The Church is all about the guest experience,” said manager Simon about winning the award.

“If the guest is happy, then so are we.

“We’re now going to celebrate with a few drinks!”