She was a surprise star guest on Strictly Come Dancing at the weekend, and former Coronation Street star Catherine Tyldesley admits she would love to return to the show as a contestant one day.

She beams: “I am a mahoosive fan of the show, I’ve always loved Strictly and I was excited enough just to be a guest, but when they asked me to do the bit where you read out the terms and conditions I was beside myself!”

Naturally her appearance on the show set the rumour mill turning that Catherine could be next in line for a spin on the dancefloor, after her departure from Corrie earlier this year after seven years playing unlucky-in-love Eva Price.

But she admits that while she loves the show, at the moment it’s not on the cards.

She says: “I’ve always said it’s the one reality show I would love to do, but now is not the right time for me.  At the moment I’m taking a bit of a break and spending time with family, and then I have some exciting news coming in the new year.”

So what will be coming next for the TV favourite?

She reveals: “I have a new job in January and I’m super-excited about it, but that’s all I can say at the moment.”

We caught up with Cath ahead of her appearance this week supporting her friend Dr Jonquille Chantrey at the launch of her new Alderley Edge beauty and well-being clinic, the ONE Aesthetics Studio. 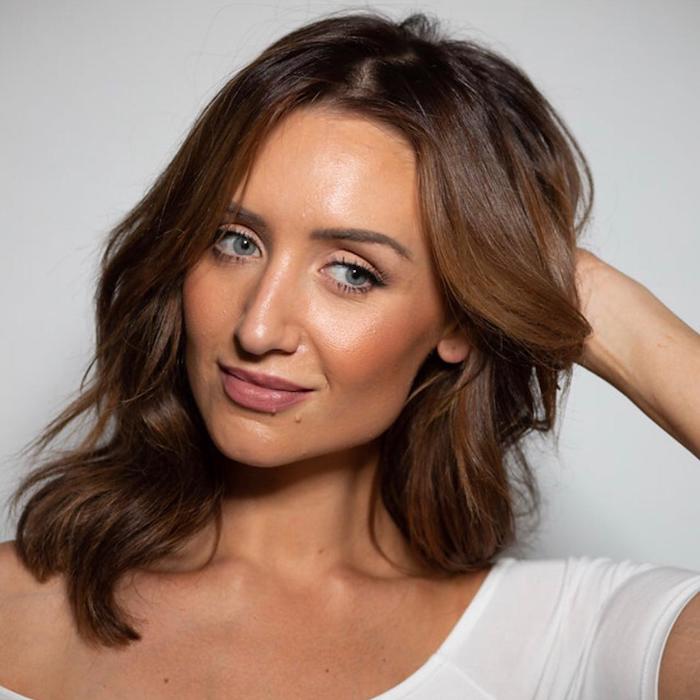 The new studio combines art and medicine in a bid to “create exceptional aesthetic results” and does not concentrate purely on outer beauty, but good health and mental and spiritual wellbeing. One of Cath’s best friends, Ashleigh Guthrie, is also one of the experts involved in the studio for meditation and well-being.

The luxury, state of the art clinic is situated on South Street, in the heart of Alderley Edge.

Cath said: “I think it’s brilliant, in this day and age something Dr Jonquille is passionate about is safety.

“There are a lot of places that aren’t qualified to be offering some of the things she does, and it’s also about looking after people’s mental health. Body dysmorphia is something that’s growing, so many people have it. At the ONE studio it is about the whole package, not just outer appearance.”

Cath has visited Dr Jonquille for facials – but has not gone down the route of botox or fillers.

She says: “For me, when you’re an actress you have to be very careful what you have done to your face, so I have asked what’s the best I can do without injectables, there are alternatives.

“But I don’t see anything wrong with people having those sort of treatments, if it gives you a confidence boost, it’s just really important to go to someone with the right qualifications rather than someone who has been on a three day course.”

Meanwhile, Cath is looking forward to a family Christmas with her husband, personal trainer Tom Pitfield, and their adorable son Alfie, aged three.

Walkden-raised Cath, 35, has long been an advocate for a healthy diet and lifestyle, so she will be making sure she doesn’t go all-in for the excesses of Christmas.

She says: “It’s all about moderation. On Christmas Day I obviously eat whatever I want, but the rest of the time it’s about being a little bit sensible. People on average put on 10lbs to a stone at Christmas – it’s slightly ludicrous.

“I just think we can cover ourselves in excuses, but we only get one life, everything we eat either fuels disease or fights it. It’s about making wise decisions, whatever the time of year.”

And as for who she thinks will take this year’s Strictly Come Dancing crown?

She says: “I honestly think it’s so tough, because everyone is so likeable personality wise, for me it’s a toss up between Stacey Dooley and Faye Tozer. But probably Stacey as she had no dance experience and she’s phenomenal, it’s a bit like my friend Gemma Atkinson‘s journey last year.”

Catherine Tyldesley will be attending the launch of ONE Aesthetics Studio on November 29th. For more information about ONE see oneaestheticsstudio.com.