Manchester’s Chinese New Year celebrations take place throughout the city from Sunday February 3rd to Sunday 10th, when the traditional Dragon Parade and fireworks bring festivities to a close.

This time it’s the Year of the Pig, the twelfth sign in the zodiac calendar and a symbol of wealth and good fortune in Chinese culture.

As pigs are also known to gorge themselves, it seems only right to pay homage by indulging in the Chinese cuisine that’s on offer.

Sample the best in Chinese street food in St Ann’s Square where Dim Sum Su and Wallace and Sons will be holding fort. Amble along Faulkner Street in Chinatown or treat yourself to a feast at one of one of the many restaurants offering specially crafted menus, red envelope prizes and traditional entertainment.

Here are just a few of the places to celebrate the Year of the Pig. 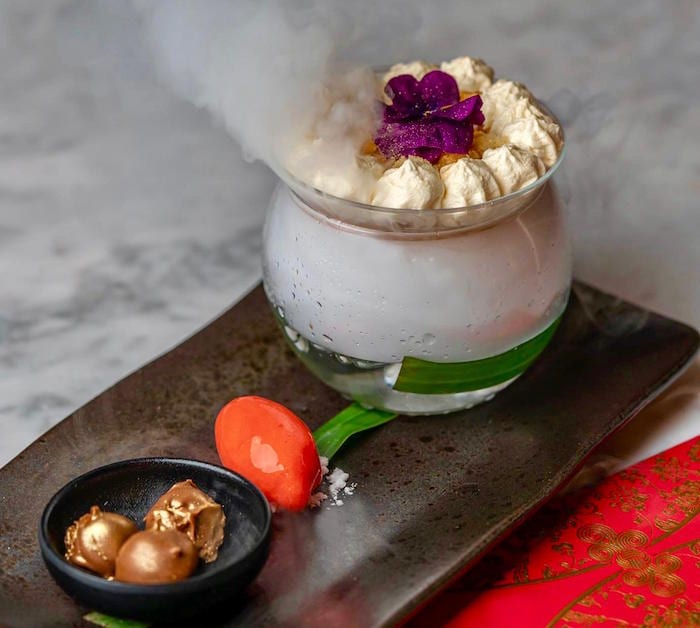 Spinningfields’ Tattu is marking the Year of The Pig with a celebratory sharing menu priced £50 per person, which will be available from Sunday 3rd to Saturday 9th February. Taking inspiration from traditional new year’s feasting, dishes include spicy Szechuan Iberico pork wontons and a honey-glazed baby chicken served with miso, sesame and sweet potato. The dessert is a Gift of Oranges (pictured) – a zesty orange trifle, chocolate and orange truffle and a refreshing orange sorbet. Guests can also raise a glass to the new year with the Red Envelope cocktail, priced £10. And keep your eyes peeled because a selection of prizes will be hidden in some of the red envelopes, from a bottle of champagne to a £100 gift voucher. 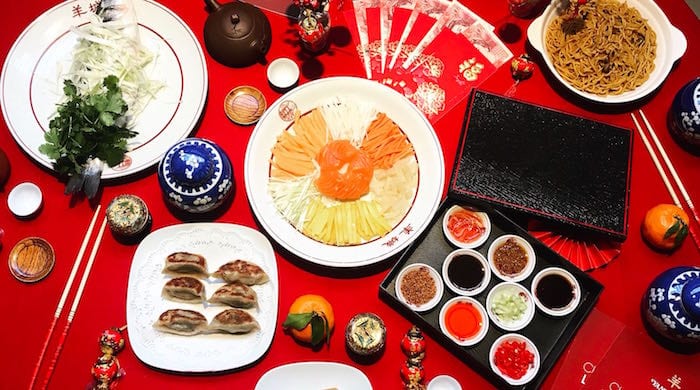 Following the Dragon Parade taking place on Sunday, February 10th, there will be a lunch banquet served at Yang Sing on Princess Street from 12.30pm. Priced £46 per person, expect a decadent menu of Chinese cuisine that includes Chinese tea egg and Yu Sheng to start; an array of Dim Sum, followed by middle courses such as Baked Sea Treasure Scallop and mains including lemon chilli sea bass and sizzling top side of beef, then something sweet to finish. The afternoon will also include a private lion dance and martial arts demonstration for everyone to enjoy. 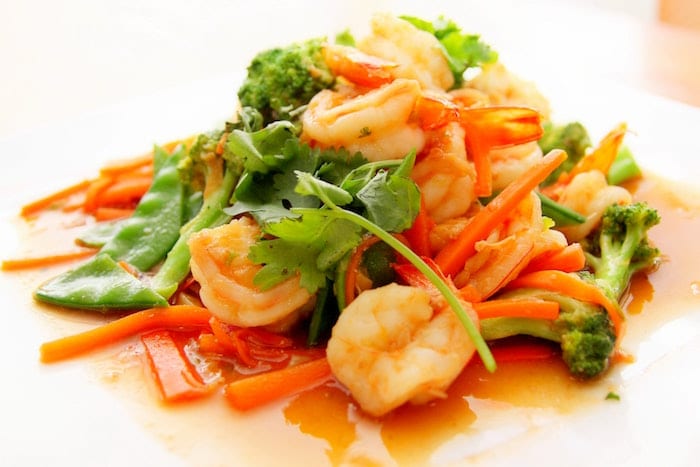 This Northern Quarter restaurant, winner of Gordon Ramsay’s Best Local Chinese Restaurant, celebrates its 15th anniversary this year. A special menu has been created to mark the Chinese New Year, including vegan and gluten-free options, which they have become renowned for. Look out for Firecracker King Prawns with homemade sweet chilli sauce, San Choy Bau and Green Curry, as well as a special Pig cocktail – a combination of vodka, lychee, ginger and lemon, priced £8. And if you really want to make a pig of yourself, the idea of heading out the door is just too much, you can always order takeaway as they’ve just signed up to Deliveroo, Uber and Just Eat.

This new Chinese restaurant inside the Genting Casino on Portland Street is open every day of the week from 5pm until 2am and will be hosting a special party on the night of Tuesday, February 5th. From 11pm, guests can enjoy a complimentary buffet, a traditional lion dance, a red envelope giveaway and a prize draw with winners announced at 11pm, 12am and 1am. Prizes include two return flights to Hong Kong and a £1,000 cash prize. 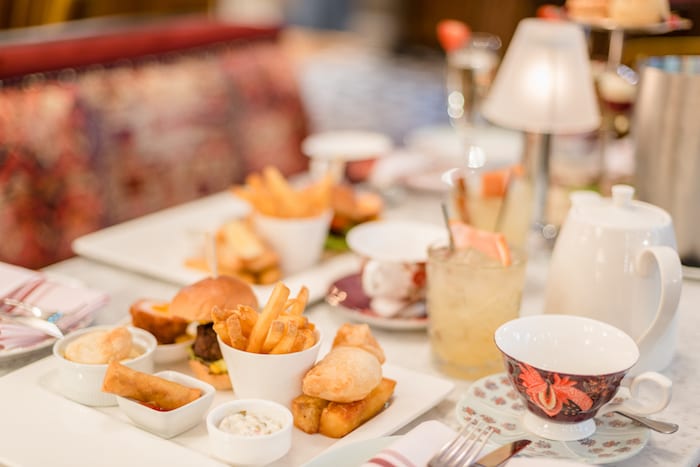 For something a little different, pop over to King Street Townhouse for a Chinese New Year Afternoon Tea which merges two traditions and provides a cultural twist on this quintessential English custom. Alongside an assortment of teas, guests will feast on a specially created menu including vegetable spring roll, chilli and ginger chicken mini skewer, filo prawns, sweet and sour pulled pork burger and salt and pepper fries. Sweet treats come in the form of coconut rice pudding and five spice roast pineapple. The afternoon tea, priced £25 per person, will be served until Friday, February 15th and is also available at Great John Street. 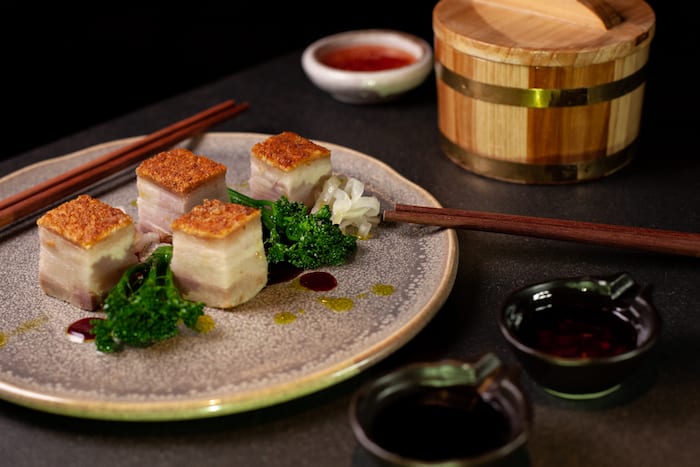 There will be a special Chinese New Year menu available from Tuesday 5th to Thursday 28th February, excluding Valentine’s Day, at Alderley Edge’s Yu. The three-course dinner is priced £45 per person and includes a selection of Dim Sum, pork sui long bao, Victor Yu’s crispy aromatic duck leg and pancakes as well as king prawns and stir fried gai lan. They will also be showcasing a new dish to celebrate the Year of the Pig, which is a modern spin on the traditional crispy pork belly. In addition, they’ll be running a promotion whereby all customers who dine with them will receive a red envelope containing special Yu dollars, from £10 to £50, which can be exchanged for money off their next visit. 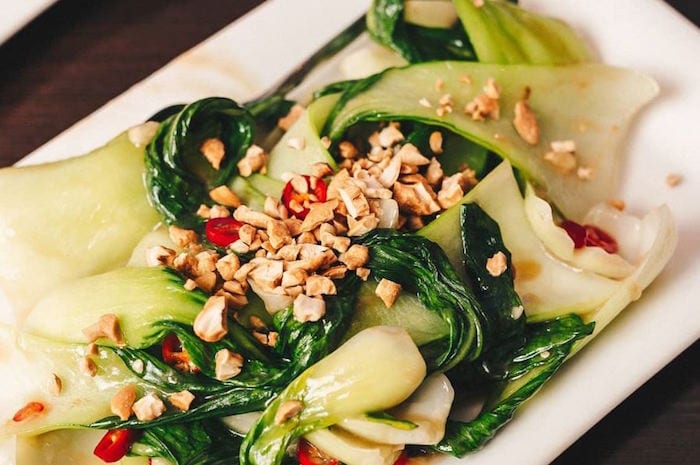 Over in Eccles, Pacifica Cantonese are hosting a traditional lion dance complete with firecrackers at 2pm on Sunday, February 3rd and on Tuesday, February 5th. a New Year banquet priced £25 per person. The three-course dinner includes seafood and asparagus soup; the Pacifica Festive Platter of crispy seaweed, prawns on toast, golden fried squid, chicken spring roll and King Do spare ribs) and then a choice of sizzling fillet steak in black pepper sauce, seafood in green pepper and black bean sauce or succulent chicken in Kung Po sauce, each served with Yeung Chow fried rice. If you want a glass of fizz to toast the festivities, then you can upgrade to a bottle of prosecco for an extra £5 per person. 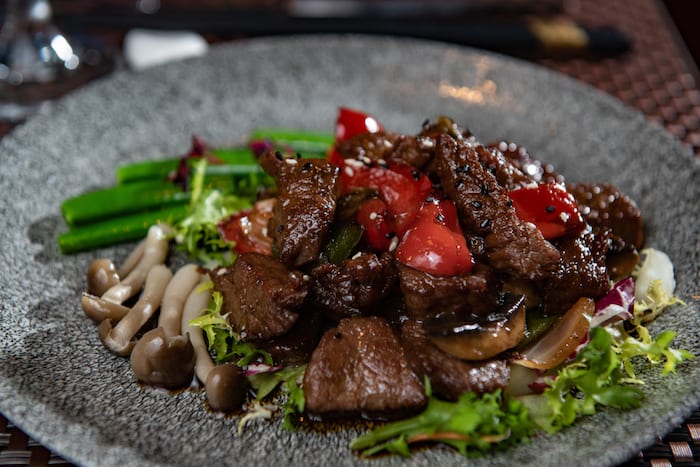 You’ll find this place above the new Peaky Blinders bar on Peter Street. Although there’s no special menu for Chinese New Year, there’s a huge selection of food, including three set menus priced from £26 to £50 per person, as well as combination platters, crispy and steamed Dim Sum, sizzling hot plates and seafood dishes. And rom 6pm on Sunday, February 5th, there will be entertainment to ring in the new year.